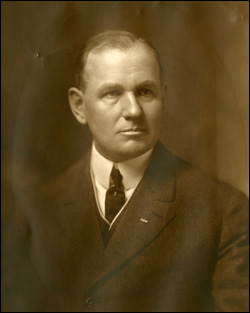 Thompson was elected, as a Republican, District Attorney for Ontario County in 1899. He was re-elected once, and held office from 1900 to the close of 1905. He was twice elected Ontario County Judge, presiding over the County Court from 1909 to his appointment as a Justice of the Supreme Court for the Seventh District on February 22, 1916. He acted as a trial judge for nearly thirteen years. On January 1, 1929 he was elevated to the Appellate Division for the Fourth Department, where he remained until his death in Rochester on April 4, 1937.