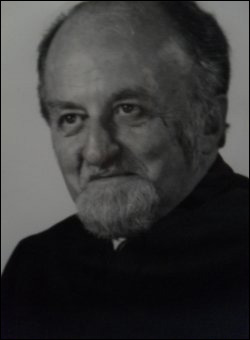 Justice Fein was born in Boston in 1910, and grew up in Brooklyn, where he attended Erasmus Hall High School. He received his undergraduate degree from NYU in 1931, and his law degree from NYU Law School two years later. Admitted to the bar in 1934, he engaged in private practice until entering military service in 1942. Serving in the Army JAG Corps, Justice Fein rose to the rank of major and became a chief prosecutor at the war crimes trials of the Japanese “thought police” in Manila and Tokyo after the war. Upon his return home, Justice Fein became special counsel to the U.S. Senate Committee on Organized Crime, headed by Sen. Estes Kefauver of Tennessee. In 1952 he returned to New York City and served as counsel to the President of the City Council, Rudolph Halley.

Justice Fein was appointed to the NYC Civil Court in 1965 by Mayor Robert F. Wagner, to fill an unexpired vacancy, and was later elected in his own right. He was elected to Supreme Court, New York County, in 1968. In December 1977, he was appointed to the Appellate Division by Gov. Hugh Carey, and served for nine full years until his mandatory retirement.