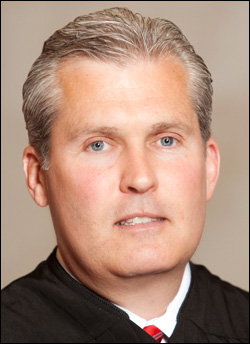 Justice McCarthy also sat on the bench of the 3rd Department; more information can be found HERE.

Justice William E. McCarthy graduated from the State University of New York at Potsdam and Albany Law School. He served as a confidential law clerk to Supreme Court Justice Edward Conway from 1990 until 1993, for Justice Joseph Harris from 1994 until 1997, and for Judge Edward Sheridan of the Court of Claims from 1997 until 1998. McCarthy then worked as Senior Assistant Counsel to Governor George Pataki until 2004.

Additionally, Justice McCarthy was a member of the New York State CPLR article 81 Guardianship Committee. He was formerly an adjunct professor at Siena College.