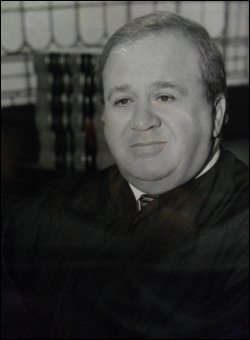 After serving for a year on the Supreme Court bench, Justice Marlow was appointed an Associate Justice of the Appellate Division, First Department, by Governor George Pataki. He served in that capacity until January of 2008, at which time he resigned from the Appellate Division to go back to Supreme Court in Dutchess County. At the same time, he was appointed Statewide Judicial Director of Ethics Education and Counsel for the Unified Court System. Justice Marlow retired from that position and from the bench in 2009 but maintained his position as Chair of the New York State Advisory Committee on Judicial Ethics, having been a member of that committee since 1987. He also returned to his former law firm as Counsel.

Over the years, Justice Marlow has been active in professional organizations, committees and community activities. In addition to the Advisory Committee on Judicial Ethics, he was co-chair of the Capital Case Judicial Resource Committee; member of the New York State Commission on Fiduciary Appointments; member of the Commission to Foster Public Confidence in New York State Elected Judges and the Electoral Process; member, Family Court Advisory and Rules Committee; former President, Dutchess County Bar Association; member, Board of Trustees of Vassar Brothers Medical Center; and member of the Advisory Board of the Dutchess Mediation Center.

Justice Marlow is married to Marcy Awerman Marlow. They have five grown children.