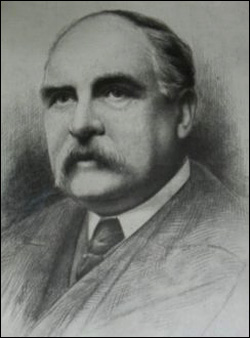 Born on October 7, 1859 in Carlinville, Illinois, Justice Alfred Rider Page attended primary school in Vermont. In 1874 his family relocated to Brooklyn. Three years later he entered Williams College, where he completed his freshman year. At that time his father died and Page was forced to leave college and work to support his family. He entered New York University Law School while working as a clerk for the law firm Bristow, Peet, Burnett & Opdyke in New York City. Page graduated from NYU in 1880 and was admitted to the Bar that same year. He went into private practice where he became interested in politics.

From 1887 to1905 Justice Page was active in Republican politics, serving at different times as a member of the Kings County Republican Committee, a member of the New York Republican County Committee, and attorney for the Board of Excise. From 1905 to 1908 he represented the 19th Senatorial District in Manhattan in the State Senate. There he became known as a champion of the people against the utilities and of the rights of labor. He introduced the resolution for the appointment of a committee to investigate the gas and electric light companies of New York City. The resolution was adopted and he was named a member of the investigating committee. The committee’s report resulted in the passage of the famous eighty-cent gas bill, which also reduced the price of electricity to the consumer.

Justice Page was also instrumental in the adoption of the mortgage tax bill and of labor bills making eight hours a legal day’s labor for municipal and State work and for children and reducing the railroad men’s hours to sixteen a day.

After his political career, Justice Page was elected in 1910 to the Supreme Court bench and in 1916 was designated to the Appellate Division First Department. He served on that bench until his resignation in 1923. At that time he became a member of the law firm of Ingraham, Page & Moran, against which he brought suit for an accounting after its dissolution. The case was settled out of court.