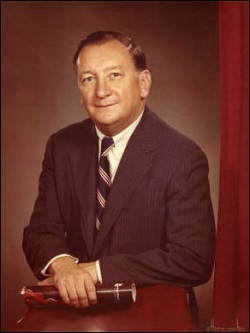 John J. Callahan graduated from St. Bonaventure University in 1951 and received a Juris Doctor degree from the University of Buffalo School of Law in 1954. For 20 years he worked in the courts as a trial attorney and maintained an office for the general practice of law in Erie County. Governor Rockefeller appointed him a member of the Niagara Frontier Port Authority in 1965. From January 1, 1972 to December 31, 1974 he served as a legal advisor to the Honorable Ann T. Mikoll. He was sworn in as a Supreme Court Justice in the Eighth Judicial District on January 1, 1975. Governor Hugh L. Carey appointed him an Associate Justice of the Supreme Court, Appellate Division, Fourth Department on January 1, 1979. He retired from the Court on December 31, 1999 having served for 20 years. Justice Callahan was awarded the New York State Conspicuous Service Cross by Governor Pataki in recognition of distinguished service rendered aboard a U.S. submarine during World War II. Among many other awards received over the years, he has been honored to receive the Distinguished Alumni Award for the Judiciary from the State University at Buffalo; an award of merit from the New York State Trial Lawyers Association; a citation from the Buffalo Area Chamber of Commerce for distinguished service to the Niagara Frontier; and Who’s Who in American Colleges and Universities. He died on January 20, 2002.