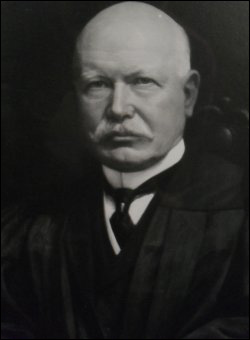 On January 4, 1927, shortly after Justice Clarke’s retirement from the Appellate Division, the president of the Association of the Bar of the City of New York paid tribute to him, referring to the “retirement, in full vigor of mind, under the inexorable mandate of our State Constitution as to age limit of judicial service, of a Presiding Justice who has served as a justice of this court for more than twenty-one years, whose term of eleven years as its Presiding Justice has been longer than that of any of his predecessors in that great office, and who also is the only Presiding Justice who in the thirty-one years of the existence of the court has served to the end of his possible term and would be still serving if his unselfish devotion were the controlling factor.” (Obituary, New York Times, January 13, 1932, p. 23.)

Justice Clarke was born in Florence, Italy (of American parents) on April 23, 1856. As a young man he graduated from Yale in 1878, going on to study law at a firm in Northampton, Massachusetts. He received an LL.D. from Yale 39 years later in 1917.

Clarke was admitted to the Massachusetts Bar in 1880 and one year later became Assistant U.S. Attorney for the Southern District of New York, a position which he held until 1886. He then went into private practice for the next nine years with Hascall, Clarke & Vander Poel. He was an active but indepent Republican at the time and became Assistant Corporation Counsel of New York City until 1898.

In 1898 Clarke accompanied Theodore Roosevelt in his gubernatorial campaign, and on his Western trip in 1900 when Roosevelt was running for Vice President. He and Mr. Roosevelt were warm personal friends.

Governor Roosevelt appointed Clarke a Justice of the Supreme Court in 1900 to fill a vacancy caused by the death of Justice H.R. Beekman. He was then elected to the bench a year later on the Republican ticket, and re-elected in 1915 as a representative of all parties. In 1905 he was assigned to the Appellate Division First Department and reassigned in 1910 and 1915. He became Presiding Justice on January 1, 1916 and served until his retirment from the bench on December 31, 1926. He went into private practice then with Clarke and Kresel.