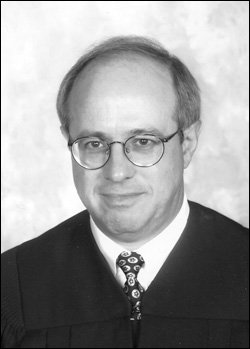 Justice Anthony J. Carpinello was appointed to the Third Department on June 25, 1996. A native of East Greenbush in Rensselaer County, he graduated from Union College in 1970 and from Albany Law School in 1973. Justice Carpinello was elected to the Supreme Court in 1994, after serving two years as an East Greenbush Town Justice. Prior to that, he was a Rensselaer County Legislator for eight years and an East Greenbush Town Councilman for seven years. Justice Carpinello was a law clerk for the Third Department from 1973 to 1974. Upon completion of his clerkship, he entered private practice in Albany where he specialized in commercial litigation for 20 years.