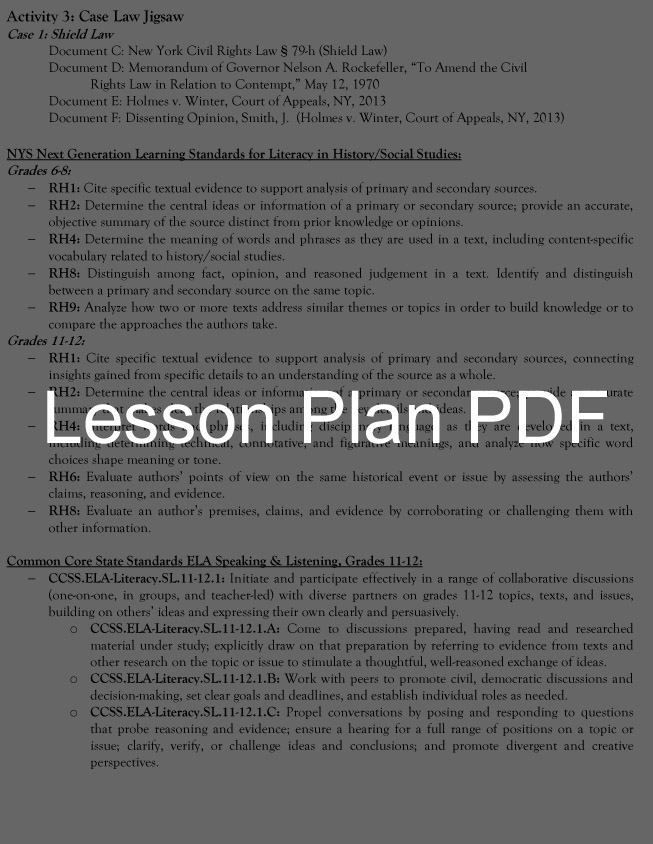 Developed by psychologist Elliot Aronson, the “jigsaw” is a collaborative learning technique easily adaptable for students of all ages and levels. Students are organized into groups and given specific tasks so that each student is integral to the success (or understanding) of the entire class. What follows is a modification of the “jigsaw” that aims to foster critical reading and questioning across a range of different (and contrasting) primary documents that address New York State Shield Law and freedom of expression.