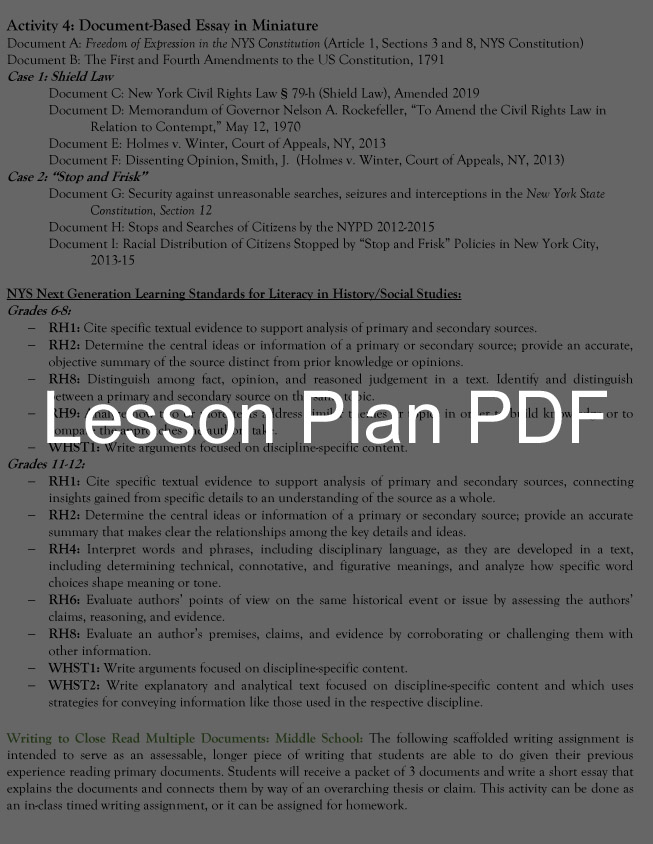 Given that the “document-based question” (DBQ) appears frequently in high school history curricula, this activity and assignment aims to help students to understand the process of writing a DBQ, from understanding the assignment and documents to writing the essay itself. Most DBQ’s involve at least five primary documents, so this activity asks students to draw on any of the documents they’ve worked with thus far, as well as an additional three documents focused on “Stop and Frisk” (nine documents total).