A Life of Service: Remembering the Tombs Angel, a Heroine of the Gilded Age

D. What Happened to the Memorial

Unfortunately, the Foster Memorial also endured a very sad fate, which forms a part of the larger record of neglect of the contributions of women in New York City.

The impressive tribute to Mrs. Foster remained in the Criminal Courts Building for more than three decades. At some point, it was decided that new court facilities were needed. The 1894 Criminal Courts Building was torn down and a new courthouse was erected in 1941. During the construction phase, the Foster monument was dismantled and eventually made its way into storage somewhere in the labyrinthian basement of the new court building at 100 Centre Street. In this process — and it is extraordinarily disappointing to have to recount this — the justice system and the courts for which Mrs. Foster had done so much during her lifetime proceeded to let her down: the monument was forgotten by those who ought to have protected it and restored it to public view. It is likely that court officials 40 years after her death did not have a clear idea what Mrs. Foster had done during her lifetime and did not bother to research the matter, did not consult with experts about the artistic importance of Karl Bitter’s work, failed to accord that work and Mrs. Foster’s memory the respect they deserved, and allowed themselves to be distracted by the press of daily obligations. The monument remained in storage as decades passed and was truly lost to the public during this time: a scholar writing about Karl Bitter’s work in 1967 reported that the location of the monument was unknown and that it had probably been destroyed when the Criminal Courts Building came down.[270] Appropriate measures for the security of the monument were either not taken or allowed to atrophy. During this time, the elaborate bronze frame and the marble medallion likeness of Mrs. Foster were stolen, lost, or discarded. Ironically, then, the woman who had devoted her life to helping those accused and those convicted of crime, as well as the courts, was victimized after her death by official neglect and perhaps by thievery. Probably the only reason the marble relief of the ministering angel was not stolen or cast aside into the trash was because it was too heavy (perhaps 900 pounds) to cart away. There comes inevitably to mind the question whether, had the monument been in honor of a man instead of a woman, it would have been treated so shabbily.

In 1983, the Art Commission of the City of New York (now known as the New York City Public Design Commission), the group on which, as noted earlier, Karl Bitter had served, undertook a citywide survey of art owned by the City. It was during that survey that the Bitter marble relief of the angel was discovered in the basement of 100 Centre Street and the loss of the frame and the medallion was noted. When found, the relief was in a serious state of disrepair: a large corner piece had broken off and was lying on the ground adjacent to the rest of the relief, and, as significant or more so, the white marble was seriously stained by oil and grease. [271]

An application to remove and repair the relief was submitted to the Art Commission in October 1988 for its approval.[272] The proposal recited that, because the memorial had been severely damaged and remain endangered at the courthouse at 100 Centre Street, the Art Commission, with the cooperation of the Department of General Services (now the Department of Citywide Administrative Services) and the Metropolitan Museum of Art, had had it transferred to the Museum. The Museum had agreed to undertake the cleaning and repair.

Attached to the application was a “treatment proposal” prepared by a conservator from the Metropolitan Museum.[273] The conservator observed that, “[a]s has been noted by all who have seen it, the Foster Memorial [which was really, of course, only the surviving portion thereof] is presently in a severe state of disrepair. The chips and major breaks are significant but can ultimately be rectified. The greater problem lies with the extensive oil discoloration, the permanency of which will not be ascertainable until a course of cleaning is undertaken.” The conservator went on to describe the steps he recommended to conserve the relief, including applying various solutions and affixing the broken corner (with brass dowels and epoxy, etc.). 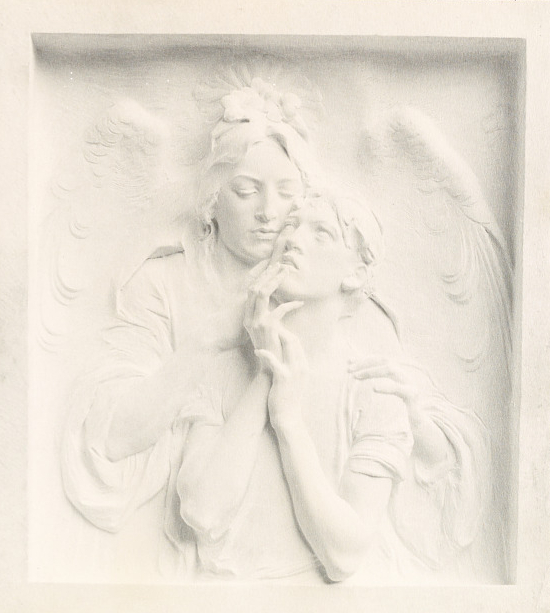 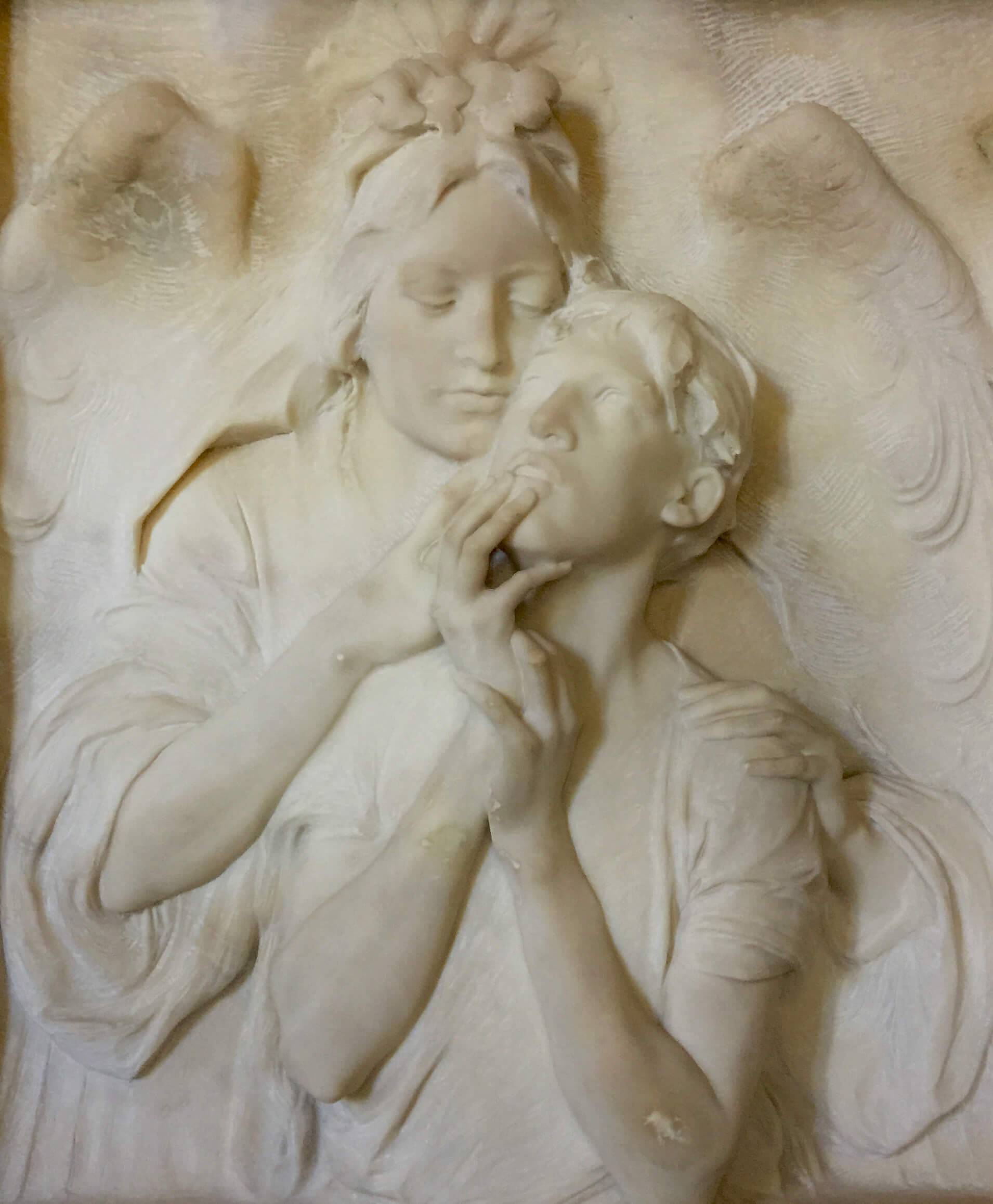 The application form indicated that the Department of General Services would be responsible for securing funding necessary for the construction of a new frame. By “new frame,” the writers meant a reproduction of, or something similar to, the original bronze frame as shown in photographs. There was no suggestion made as to reproducing the likeness of Mrs. Foster.

As to a proposed location for the relief once the conservation of it had been completed, the preparers of the form wrote that “[s]everal specific site options in the lobby of [the Supreme Court of the State of New York, Civil Branch, New York County Courthouse,] 60 Centre Street will be discussed with the Art Commission,” and several possible sites in the lobby were listed, including the one that was eventually settled on many years later, as we describe hereafter. Of course, in order for the relief to be placed in the lobby, some means would be required to display it securely and in an artistically suitable manner.

The Commission approved the request in November 1988. The approval given was “preliminary,” and was “subject to a committee review of a frame, which is appropriate and reminiscent of the original.” Approval was given with the understanding that the relief would be placed in the main vestibule of the Supreme Court at 60 Centre Street.[274] The restoration work was performed at the Metropolitan Museum.

It appears that no funds were ever collected to cover the cost of a frame. In any event, no frame, whether a reproduction of the original or a purely functional stand, was created at this time.

B. The Life and Work of Rebecca Salome Foster

D. What Happened to the Memorial

E. The Foster Family and a Home for the Marble Relief

F. About the Authors