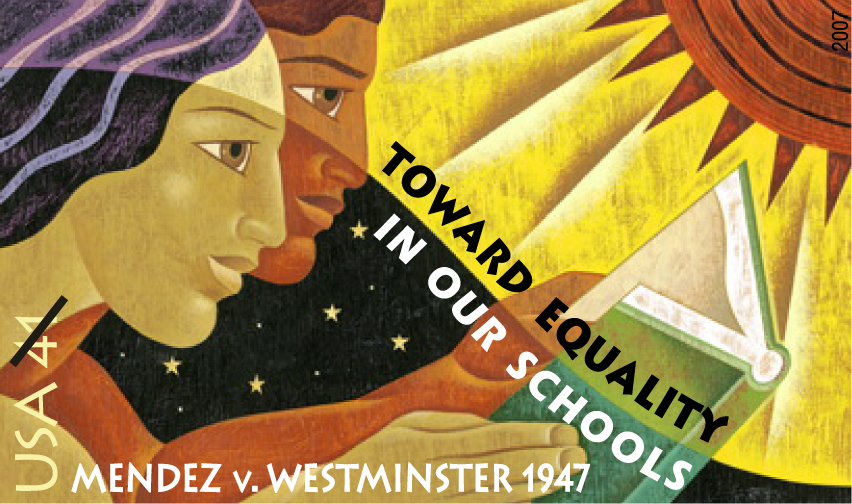 Mendez v. Westminster School District is a 2007 trademark of the United States Postal Service® and used with permission.

Presented by the Latino Judges Association

On the 74th anniversary of the seminal decision of Mendez v. Westminster School Dist. of Orange County (161 F2d 774 [1947]), this event featured the screening of the Emmy-winning documentary on this rarely-discussed school desegregation case involving Mexican Americans in California, and was followed by a panel discussion moderated by NYS Court of Appeals Judge Jenny Rivera. The Mendez case, which predates Brown v. Board of Education, set the stage for the United States Supreme Court’s reversal of the “separate but equal” doctrine.

SCREENING OF DOCUMENTARY
Mendez vs. Westminster: For All the Children/Para Todos Los Niños (2003)

Watch the Emmy-winning Documentary Mendez vs. Westminster: For All the Children/Para Todos Los Niños (2003)