The 1894 Constitutional Creation of the Appellate Division: 125th Anniversary 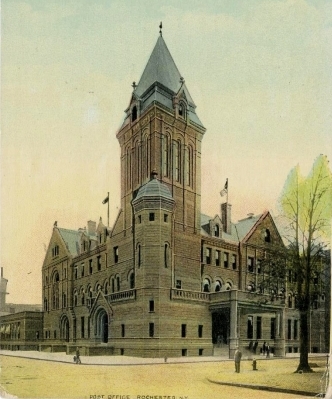 Originally known as the Federal Building, this structure was constructed from 1885-89 and temporarily served as courtroom space for the Fourth Department from January 1896 until the Monroe County Courthouse (third) was completed that June.

This in-person program in Buffalo is now under consideration for virtual programming!

October 29 will bring attendees up close and personal with the Justices of the Fourth Department as well as the Presiding Justices of all four departments. After these feature panels, the festivities continue with a cocktail reception at the historic 20th Century Club.

The following afternoon, the Buffalo courthouse will be jam-packed with panel presentations on the constitutional convention of 1894, the history of the Fourth Department courthouses and justices, important Fourth Department cases, and diversity on the court. Leading experts and judges alike will participate!