Asian Americans & the Law: New York Pioneers in the Judiciary featured three trailblazing judges, Hon. Dorothy Chin Brandt, Hon. Peter Tom, and Trustee Hon. Randall T. Eng. Each participant highlighted their early lives and the paths to the judiciary as well as discrimination faced by the Asian American community. A presentation preceded the panel and was recorded by written word in the Judicial Notice article. Judge Chin and Hirata Chin highlight exclusionary laws and other challenges faced by Asian Americans in the country, using four important cases to illustrate these issues.

Watch the Program Video Asian-Americans & the Law: New York Pioneers in the Judiciary: 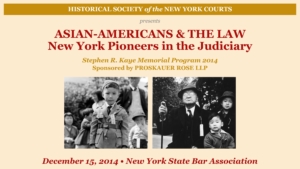 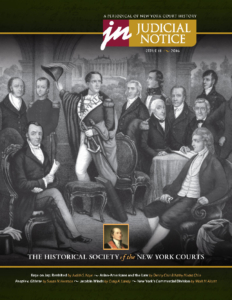