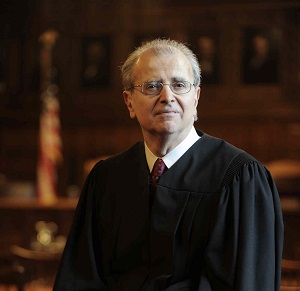 Hon. Jonathan Lippman, served as Chief Judge of the Court of Appeals and the State of New York from 2009 through 2015. As a reform-minded Chief Judge known for moving the Judiciary in new directions and directly engaging the complex social problems increasingly reflected in court dockets, Judge Lippman played a historic role in positioning the Judiciary to take a lead role in addressing the challenge of equal access to justice. Under his leadership, New York identified and increased permanent funding streams for civil legal services, established a Permanent Commission on Access to Justice, made New York the first state in the nation to require significant law-related pro bono work as a condition of bar admission and championed reforms to strengthen the state’s indigent criminal defense system. 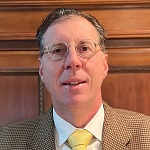 AG: Well, speaking of New York being a national leader, I think it’s fair to say that access to justice was your leading priority as Chief Judge and, indeed, you became one of the leading voices, if not the leading voice, in the country on this issue. Tell us why and how you came to make this the central issue of your tenure.

JL: Well, I think that we talked a little bit about it, that the Legislature had started to focus on this and held hearings about the State’s plan to ensure access to legal services for poor New Yorkers, and that piqued my interest. Again, it was a national question, one of the great challenges of our time. As we said, each Chief faces a different world around them, and the challenge then was access to justice, due to the economic recession, growing poverty and the increased numbers of foreclosures and evictions. How does the average person who can’t afford a lawyer access the courts? There was a lot of talk about it nationally, but no one was really doing that much.

AG: It was an impossible challenge.

JL: Yes, a challenge, but the discussions were all happening in a broader way, and my mind set is always results-oriented, program-oriented. Again, I spent a lifetime as a court administrator, so the question for me was what to do to actually increase access to legal services? The economic crisis only heightened the problems of poverty and racial disparities, which are part of the conversation to a significant degree whenever you talk about access to justice…

In any event, access to justice was such a broad umbrella that it covered not only what people normally associate with that term, poor people having their day in our civil courts, but also, obviously, this parallel mission of mine, which was criminal justice reform and providing access, in the broader sense, for people without money in need of criminal representation. I viewed them as sort of parallel tracks and access as being a broader concept that would cover both the civil and criminal sides. So, while there had been some advances nationally, with obviously the Gideon decision on the criminal side providing some definition of what the right to counsel looks like – if you don’t have money, your liberty is at stake, you get a lawyer – certainly there was very little like that on the civil side…

AG: Let’s talk for a minute about how you actually did make a meaningful difference in this area. We’re talking about a historically intractable, seemingly impossible problem, plus you couldn’t have picked a worse time, I mean the worst economic downturn since the Great Depression, with state funding tighter than ever, and the court system actually experiencing painful layoffs.

JL: Yes, not only in New York, around the country.

AG: Yes. Judges upset, they hadn’t had a raise in 10 years and, yet, you’re able to get the ball rolling with $25 million for civil legal services in the judiciary budget for fiscal year 2011/12. How did you do it?

JL: Well, with difficulty, as I always say. I had it in my head that I had to do this. I had formed, by that point, what ultimately became the Permanent Commission on Access to Justice, which showed how bad the problem had become. And I put the civil legal services money in the budget because I thought it was my duty and obligation as the steward of the justice system to do this, which was as important, more important than anything else.