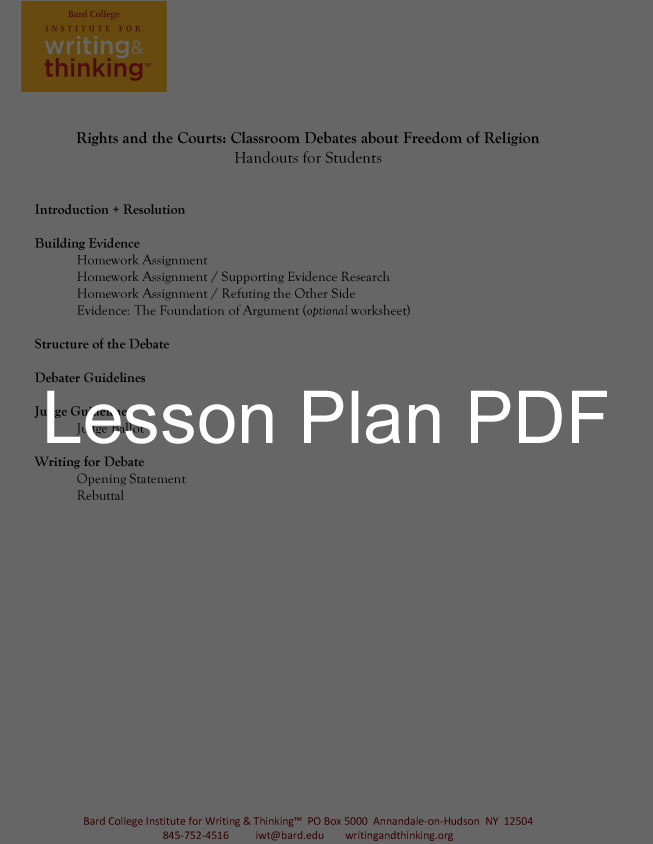 Many cases have been decided by the New York State Courts that address the tension between liberty and security. Article 1 of the New York State Constitution includes the protection of key individual rights, the freedom of speech and the freedom of religion. Section 3, specifically notes that “The free exercise and enjoyment of religious profession and worship, without discrimination or preference, shall forever be allowed in this state to all humankind; and no person shall be rendered incompetent to be a witness on account of his or her opinions on matters of religious belief; but the liberty of conscience hereby secured shall not be so construed as to excuse acts of licentiousness, or justify practices inconsistent with the peace or safety of this state.” Yet, as life in a multicultural and diverse democracy shows, religious freedom has limits. The state’s respect for an individual’s rights can conflict with government interests in security.

Using Rivera v. Smith to ground this discuss, students will debate this resolution — Resolved: When in conflict, the exercise of religious freedom ought to be valued above the security interests of the government.

Hon. Judith S. Kaye
Court of Appeals Judge
Concurred with the result in a separate opinion