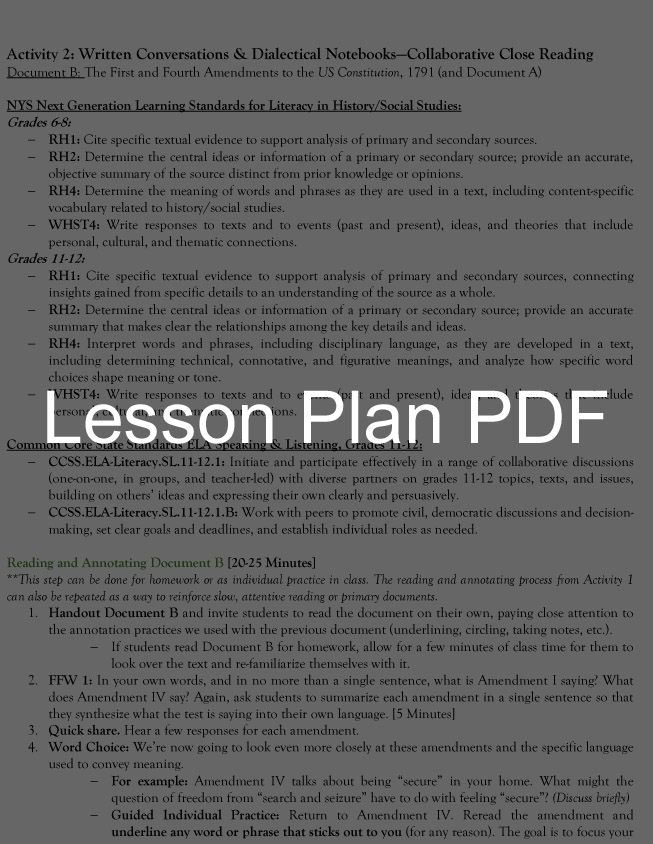 Using the New York State Constitution and US Constitution, this activity blends IWT’s writing to read strategies with students’ understanding of what the rights of NYS citizens are through individual and collaborative critical thinking. The end goal of this activity is to engage in reflective process talk focused on the two documents placed in conversation.

The First and Fourth Amendments to the US Constitution PDF