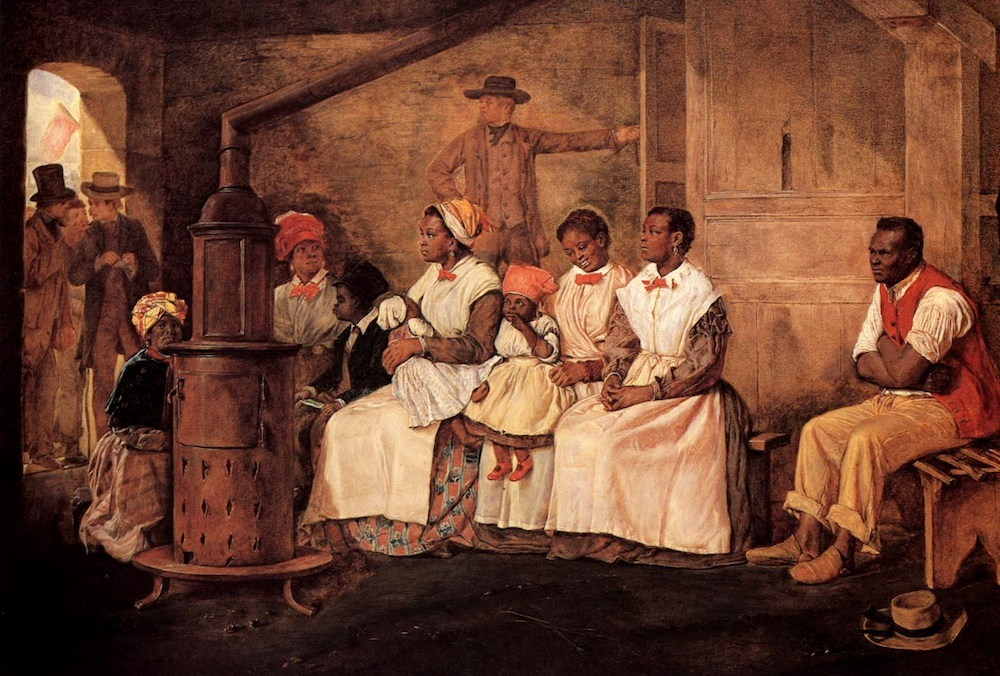 Slaves Waiting for Sale by Eyre Crowe, an English painter who arrived in Richmond in March 1853 and witnessed several auctions of enslaved people.

This event was produced by the New York State Archives Partnership Trust.

On the eve of the Civil War in 1860 New York’s highest court, The Court of Appeals, upheld a petition granted by the Superior Court in New York City for the release of eight enslaved people, including six children brought to New York by Virginians Jonathan and Juliet Lemmon on their way to Texas. This event featured a discussion of this celebrated case that brought up hard questions about slavery within the United States and challenged the slavery laws between the northern and southern states.