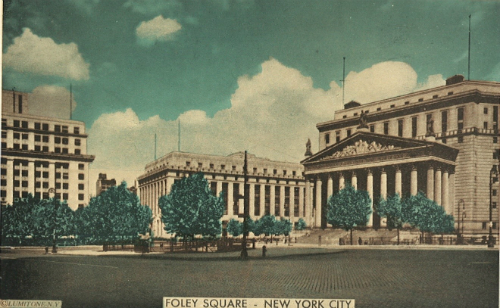 Have you ever wondered how Foley Square came to be surrounded by State and Federal courthouses and other buildings? History of Foley Square finds answers to this question by examining the migration of these buildings — some of them among our city’s foremost civic structures — within the context of the national civic center movement that arose in the early 1900s. The evening’s exploration included a look at the important, and perhaps under-recognized, role taken by George McAneny, city planner and preservation advocate, in Foley Square’s development.

We are grateful for the support of The New York Preservation Archive Project, sponsor of this program.