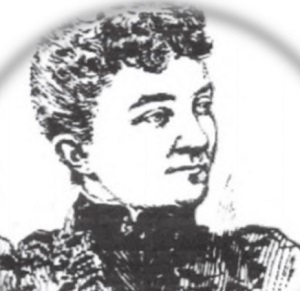 As a young, female attorney who compiled this project during her first year of practice, the story of Meta L. Cowles resonated with me. Attorney Cowles held many firsts, including the first woman in her judicial district to be admitted to practice in 1892, nearly 30 years before the 19th Amendment was ratified. While there is not much on Attorney Cowles and the particular cases she was involved in during her career, her mere decision to seek admission and to practice law inspired me. Women in this profession have come a long way since 1892 and I wonder what Attorney Cowles would think of today’s world, where women hold virtually every type of position in the legal world, including that of Chief Judge of the New York Court of Appeals.

However, for every barrier that is broken, a new one often emerges, a situation Attorney Cowles was likely all too familiar with in her career. In those moments where breaking through yet another glass ceiling seems overwhelming, I am reminded of the words of the Oswego Daily Palladian, which described Attorney Cowles work and her impact on the advancement of women in the law: “But quietly the work goes on and the complete triumph cannot be far away.” 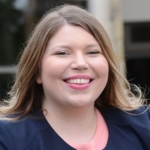 There are many persons of both sexes who look upon a lady engaged in any one of the learned professions as being out of her place. They hold to the idea that the home is the proper province of woman. But this view is confined almost exclusively to those of narrow ideas.

Who was this woman they refer to, and what was her profession? She was Meta L. Cowles, the first woman in the Fourth Judicial district to practice the profession of law.

Meta was the fourth child of Edward G. and Emily (Atwater) Cowles. Meta’s father was a successful farmer and horse trainer in Greene. Other siblings were Arthur, William and Cora. As a young child growing up in Greene, Meta was inquisitive and an excellent student. In high school, she was described as being quiet and unostentatious in demeanor. She graduated from “The Lady’s Academy” in Binghamton with high honors.

At the age of eighteen Meta had an unfortunate accident, where she fell on the ice and injured her spine. During the weeks of her recuperation, she borrowed law books from Marshall F. Porter, a lawyer in Greene, whose office was above the Juliand bank. Once she was able to walk again, Meta became a clerk in Porter’s office, where she continued her study of law. In November 1892, she was the first woman to seek admission to the bar from this judicial district. She was one of seven applicants, the other six were males. She passed her examinations at Syracuse with flying colors and was admitted to practice in the United States District and Circuit Courts by Judge Coze, being the first woman practitioner in the United States court in this judicial district. Certainly she was the first female lawyer in Greene, where she was associated with Mr. Porter for many years and then removed to Cortland to continue her practice.

An article in the Oswego Daily Palladian, July 21, 1894 attests to her ability as a lawyer:

Miss Meta L. Cowles of Greene, NY, appeared as the attorney in a case at the court in Delhi, NY. It was the first time a lady lawyer ever argued a case in that city. She succeeded in carrying her motion. The progress in this part of the country is very remarkable and encouraging. Many are willing women should vote on the license question in the towns, but not yet for rulers. But quietly the work goes on and the complete triumph cannot be far away.