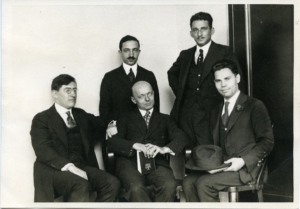 In a Judicial Notice article, Henry M. Greenberg recounts five Socialists’ elections to the New York Assembly. Though not considered radical, the New York Assembly took it upon itself to expel the newly elected Assemblymen, not for any misdeeds but merely for being Socialists. Charles Evans Hughes and other illustrious members of the New York bar rose to their defense, but all to no avail. 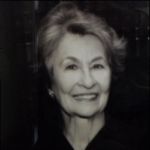 The Clerk read out-loud Adler’s resolution, which called for the Socialists’ suspension pending a determination by the Assembly’s Judiciary Committee “of their qualifications and eligibility to their respective seats.” If adopted by the members, the resolution would empower the Judiciary Committee to adopt rules of procedure, subpoena witnesses and documents, and report back its findings to the Assembly.

After the Clerk finished reading the resolution, Sweet called for a vote on which no debate would be allowed. All a member could do was vote “aye” or “no.” But Waldman stood in the way of Sweet’s steamroller, demanding answers to more questions:

Once again Waldman had a point, but it only served to anger Sweet. He banged down his gavel and declared: “[T]he . . . House is the sole judge of the qualifications of its members and it may or may not grant a hearing. It is the purpose in this case that you shall be given a day in court.” Members laughed at Waldman, and Sweet again called for a vote on the resolution…

The Clerk began calling the roll, in alphabetical order, starting with Adler, who voted “aye.”

Sweet caught the Assembly completely by surprise. Apart from Adler, he took no other member into his confidence. Not even the Republican colleagues who Sweet roomed with in Albany, at a boarding house they called the “House of Lords,” had an inkling of the ouster plan. Boxed in by Sweet’s stunning charges — with no way to explain their votes or ask questions — the members were between a rock and a hard place. They could risk their political careers by defying Sweet and voting against the resolution, or indict an entire political party for disloyalty…

The roll call continued with a monotonous succession of ayes, except for no votes cast by four of the Socialists (Claessens, Dewitt, Orr and Solomon) and J. Fairfax McLaughlin…

The roll-call drew to a close when the Clerk called out: “Mr. Waldman.” In response, Louis Waldman stood mute, forcing Sweet to inquire, “How does Mr. Waldman vote?” “I refuse to vote,” Waldman answered defiantly.

With that, the Clerk announced the result: the resolution passed by a vote of 140-6. In less than forty minutes, the Assembly temporarily ousted the Socialist Party without trial.