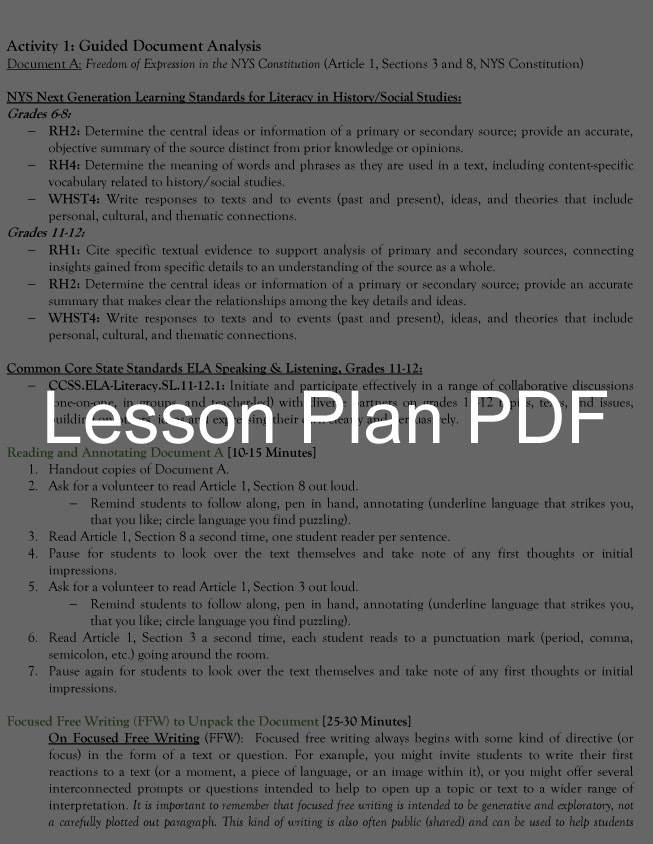 Focusing on the New York State Constitution, this activity blends IWT’s writing to read strategies with students’ understanding of what the rights of NYS citizens are through individual and collaborative critical thinking.