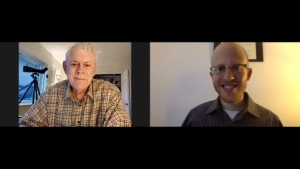 This episode was recorded on June 22, 2021 and features a discussion on the Litchfield Law School and its influence on the bench and bar of New York State, with host David L. Goodwin, Society Trustee.

In this episode, host David L. Goodwin talks with Paul DeForest Hicks about the incredible influence the Litchfield Law School in Connecticut had on the bench and bar of New York State at the founding of the nation, and how it paved the way for Harvard, Yale, Columbia and other leading law schools of today. Paul DeForest Hicks is the author of The Litchfield Law School: Guiding the New Nation, and contributed a piece on Litchfield to Issue 16 of the Historical Society’s journal Judicial Notice, out now to Society members.