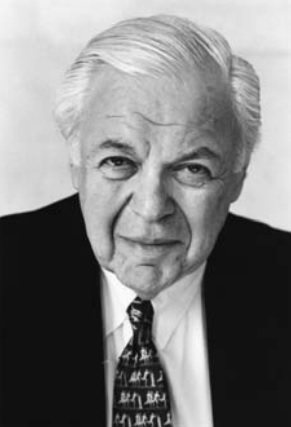 “Norman,” as he is known to all has been a practicing attorney for over 50 years, the past 47 of which have been in public service. From 1966 to the present, he has served in the Office of the County Clerk of New York County, first as First Deputy County Clerk and then in 1969 and thereafter as County Clerk. The New York County Clerk is both the Clerk of the Supreme Court and the Commissioner of Jurors in this the most active trial court of superior jurisdiction in the State. His tenure as New York County Clerk spans five decades and his name is practically synonymous with the office itself. Norman is one of the few constants in the ever rapidly changing scene which is Foley Square; he has long been recognized as the dean of the County Clerks serving in the 62 counties of the State.

Under Norman’s leadership, the Office of the New York County Clerk has been transformed. Where pen and paper once reigned, computers now do. In 1971, he supervised the development of the first computerized plaintiff/defendant index system in the State; it continues in use to this day and serves as a model for the development of such systems in other counties. As litigation expanded exponentially over the decades, Norman developed efficient and effective means of dealing with what has become millions of filings per year. Judgments are entered by the County Clerk, and Norman has assembled and led what many have suggested is the finest judgment entry section in the State. Norman has not only witnessed but also participated actively in the evolution of New York’s Civil Practice law and Rules (CPLR). Whether, for example, addressing the complexities associated with New York’s transition, in 1993, from a “service” to a “full filing state” or wrestling with the conundrums presented by CPLR Sections 50-A and 50-B, Norman has set the pace for County Clerks throughout the State.

The archives of the New York County Clerk are among the most important such historical records in the nation. The Supreme Court, New York County, traces its lineage back to 1691, when the Supreme Court of Judicature was established in the then English Colony. Norman has championed the preservation of this important archive, appointing trained archivists to manage the archive and promote its availability to both trained scholars and the general public. Norman introduced the first micrographics program in the State, ensuring that through the medium of Microfilm, court records will be preserved for posterity.

Equally, Norman has devoted himself to maintaining the historic, landmark County Courthouse at 60 Centre Street. This is one of the most widely recognized courthouses in the country, having served over generations as a “set” for countless film and television productions. Indeed, the image of its famous portico serves almost as a logo for the legal profession. Designed by Guy Lowell, opened in 1927, and owned by the City of New York, this building requires constant attention. A major renovation occurred in the 1980’s and 1990’s during which literally every office, courtroom and chamber in the building was at one time or another vacated so renovation could proceed. Norman chaired the Court’s Building Committee, and he has worked tirelessly to ensure this magnificent courthouse will be preserved for future generations.

Related to the building renovation, but really a separate effort, was the restoration of the Rotunda mural, “Law Through the Ages,” by Attilio Pusterla. This magnificent mural, one of the largest art projects undertaken during the Depression by the WPA had fallen on very hard times. Not a fresco, the mural is painted on plaster and water seepage had caused major peeling and degradation. Norman and other concerned attorneys organized an effort to preserve the mural. Norman’s leadership in that important effort was critical. The result speaks for itself. The mural now fully restored, adorns one of the great public spaces in the State and the nation. Norman also arranged for the cleaning and restoration of the important WPA murals in the jury assembly room on the 4th floor. The work of preserving this historic building and its art is never done and Norman continues to promote this important preservation effort.

In his capacity as Commissioner of Jurors, Norman is called upon each day to make available to the courts in New York County approximately 2,000 prospective jurors. Just as he computerized the docket system, so too did he computerize the juror summons system. Whether in tracking the millions of paper submissions to the courthouse or the millions of potential jurors, Norman has successfully introduced modern technology, thereby ensuring the most accurate and dependable possible service to the public. Norman not only served on Chief Judge Judith S. Kaye’s Jury Project which was the harbinger of so many of the jury reforms which New Yorkers now take for granted, but he has been involved intimately in introducing, refining and promoting those reforms. Not long ago, New York State had more disqualifications and exemptions from jury service than any state in the country. Today, our State has the least! Today, New York County requires its jurors to serve two to three days or one trial, representing a vast improvement over the days when jurors were summoned routinely for two weeks. Moreover, once summoned, citizens will generally not be called back for at least four years. Norman is not only committed to preserving the hard won jury reforms introduced to date, but also in identifying and introducing further jury reforms.

Norman’s commitment to improving public access and the experience of jurors is not only long-standing, but is reflected in his many years of service on the New York State Bar Association’s Committee on Justice and the Community. Indeed, for many years, Norman chaired that State Bar Committee and he continues to be an active member. He also devotes time to countless other important initiatives to promote continuing improvements.

As compelling as Norman’s professional accomplishments are, his personal qualities are equally impressive and have endeared him to so many. His high intelligence, personal integrity, wonderful sense of humor, wide range of interests, loyalty and self-effacing manner constantly impress all privileged to work with and know him. He seems to thrive on work, works at a heroic pace and rarely takes time away from the courthouse. Invariably, his all too short vacations are centered around visits to his adored grandchildren.

Norman has an abiding interest in education. A voracious reader and born teacher, he has participated in countless bar seminars, panel discussions, and CLE programs. He is an ardent supporter of the Tour Program which hosts thousands of students each year for tours of Foley Square courts. He also participates regularly in Navigating the Supreme Court CLE program which introduces attorneys to all of the departments and back offices at 60 Centre Street. Norman has served as Chair of the Alumni Association of his beloved Alma Mater, New York University Law School, and he is a Trustee of New York University from which he obtained his undergraduate degree. Norman serves on the Character and Fitness Committee of the Appellate Division, First Department, and relishes meeting with those from New York County, who have recently passed the Bar and are seeking admission.