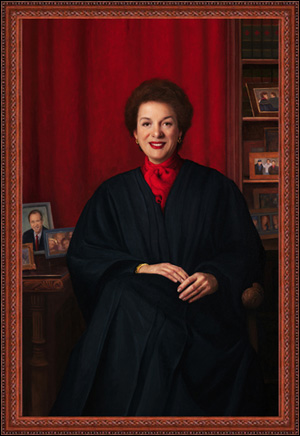 She initially rose to prominence simply as the first woman ever to be appointed to the New York Court of Appeals. As the years passed, however, it was widely recognized that Judith Smith Kaye was one of the preeminent jurists in the country, regardless of gender. But perhaps her most lasting legacy will be the fruits of her term as Chief Judge, a position in which she has served longer than any of her 21 predecessors. In that capacity… CONTINUE READING

Judge Kaye also participated in the American Bar Association’s Women Trailblazers in the Law, a project of the Senior Lawyers Division. Her oral history interviews can be read on the ABA’s website here.