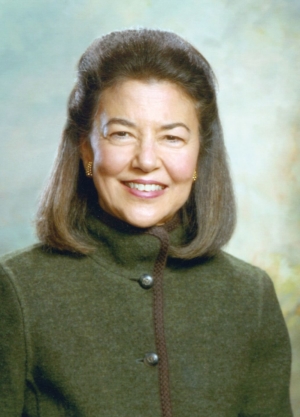 Helaine M. Barnett has devoted her entire professional career to the provision of legal aid to the poor and the pursuit of equal access to justice. She was appointed President of the Legal Services Corporation (LSC) in January 2004, the first legal aid attorney to be appointed to that position, where she served for six years. LSC is the largest single funder of civil legal aid programs in the United States. As President, she was responsible for providing federal grants and oversight to 137 legal aid programs with over 900 offices throughout the country. Under her leadership, LSC issued the groundbreaking Justice Gap Report documenting the unmet civil legal needs of low-income Americans.

Before joining LSC, Helaine Barnett spent 37 years with The Legal Aid Society in New York City, where she spent ten years leading its multi-office Civil Division. Among her accomplishments, she created and assumed direct responsibility for the Society’s Homeless Family Rights Project and mobilized its 9/11 disaster assistance response.

Upon her return from Washington D.C. in 2010, she was appointed by the Chief Judge of the State of New York, Jonathan Lippman, to chair a newly created 31 member statewide Task Force to Expand Access to Civil Legal Services in New York, which has since become the New York State Permanent Commission on Access to Justice. As a result of the Commission’s work, New York is allocating $100 million of annual state funding for civil legal services, more than any other state in the country, and has expanded pro-bono efforts, law school involvement, use of non-lawyers, and technology to help close the justice gap.