Democracy in Action: The Role of Attorney General and the Public Good 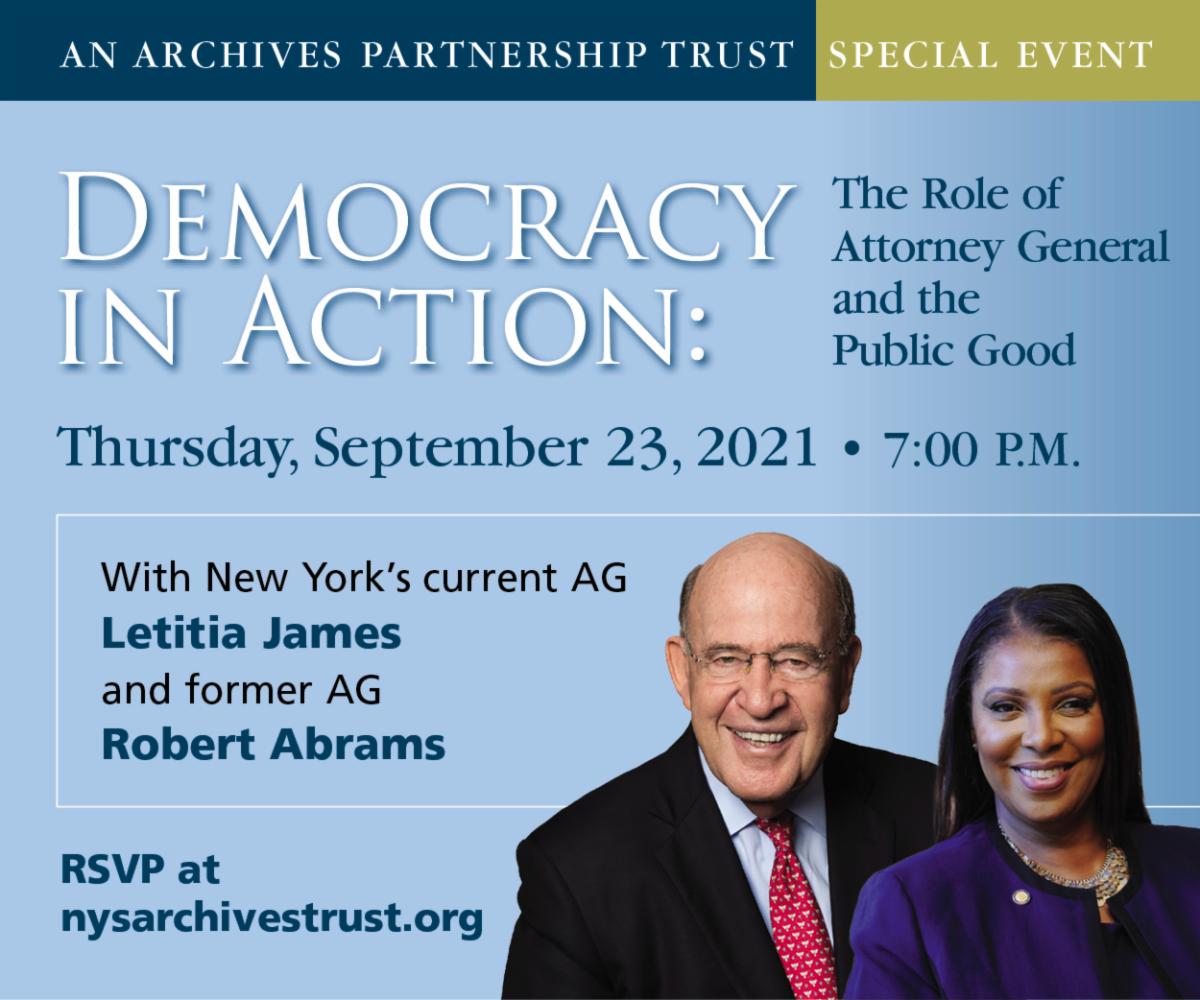 Join the Archives Partnership Trust for an engaging evening of conversation between current New York State Attorney General Letitia James and former Attorney General Robert Abrams, author of Luckiest Guy in the World: My Journey in Politics. Be there or watch streaming live as they discuss the importance of public service, and Abrams’ groundbreaking work on environmental, consumer protection and civil rights issues that forever transformed the role of the office of Attorney General. Hear firsthand the legacy he leaves behind for all New Yorkers and the nation.

Event is free and open to the public.