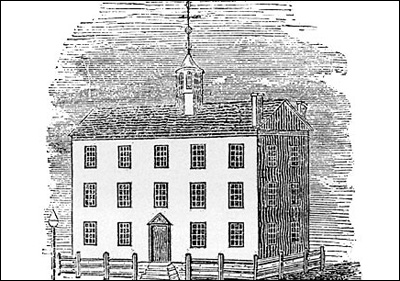 Erected on site of old Stadt Huis, corner of Hudson Avenue and Broadway 1740; First Congress of the Colonies, presided over by Benjamin Franklin, held in it 1754; from its steps Declaration of Independence read July 19, 1776; temporary Capitol of State in which several sessions of Legislature prior to 1808 were held. Destroyed by fire April 30, 1836.