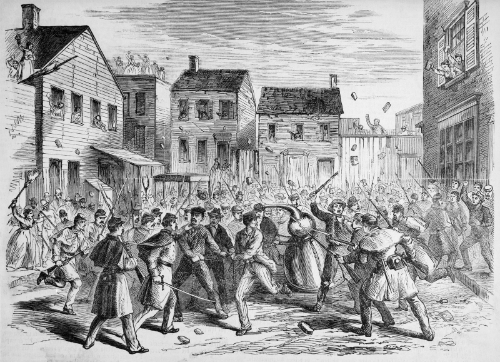 An illustration from Frank Leslie's Illustrated Newspaper that depicts soldiers raiding an illegal distillery in Brooklyn in 1869. © Bettmann/CORBIS